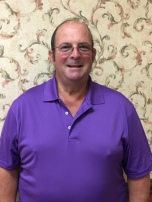 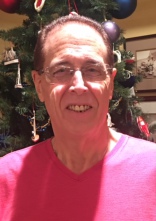 Bruce was an attorney in his former life in the Cleveland, Ohio area before coming to The Villages to live.

He has been very involved in various musical organizations and productions here. He is an active performer with both "Music in Motion" and  "Dance Fusion" dance groups.

"Yule Sing" for the holiday season.

Bruce has appeared on the Savannah stage as Lazar Wolff in "Fiddler on the Roof" and also had roles in "Crazy for You", "Promises, Promises", "Thoroughly Modern Millie" and "South Pacific"

One of his most favorite activities is performing swing dancing at various venues with his favorite partner, his wife, Lynne.

Janet is a National Credit Manager from upstate New York.  Her theatrical credentials are extensive at both the professional and charitable levels. Her performances include all 3 Village Squares, The Savannah Center and other Village Entertainment venues along with neighboring communities. Janet has also served as Vocal Director for 7 musical productions.  She has had character roles in numerous Villages musical productions including Annie Get Your Gun, How To Succeed in Business, 42nd Street (Adelaide),White Christmas, Music Man, Crazy for You (Mother), Hairspray, Starry 2,3,4,5 and 8, “The Music of Disney”and numerous other book and non-book productions.  In the last 2 years Janet has performed in shows such as “Sweeney Todd”, “My Fair Lady”, “Carousel”, “ Hooray Hollywood/Hello Broadway” and “The Producers”.    Janet is currently  preparing for performances will include “The Honeymooners”, “Rhapsody in Rhythm: Gershwin & Porter”, “Grease” and “The Sound of Music”. 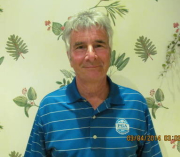 Bill Krone is the retired Principal of Williamsville North High School, a large suburban high school of approximately 1500 outside of Buffalo, New York. Bill takes pride that North was, and still is, well regarded not only for its strong academic and athletic programs, but as well for its outstanding music and musical theatre programs. As Principal, Bill was directly involved in the production of 13 musicals including West Side Story, 42nd Street, and Peter Pan, flying rig and all.

At Williamsville North, he began a program of dance instruction taught by a professional choreographer as part of physical education class to teach tap, jazz and ballet to interested students for preparation for performance in the school’s musicals. This unique and popular program still exists today, twelve years after his retirement.

Since coming to the Villages, Bill has appeared in eighteen Broadway book musicals, including nine performances for the Villages Musical Theatre Company. Those included appearing as Charlie Davenport in “Annie Get Your Gun”, Billy Flynn in “Chicago”, Jigger Cragin in “Carousel”,  Lank Hawkins in "Crazy For You", Franz Liebkind in "The Producers", and, most recently, as Msr. D'Arque in "Beauty and the Beast"

Roles with other Villages performing companies have included Julian Marsh in “42nd Street” , Cliff in "Cabaret" Tevye in “Fiddler on the Roof”, and Ed Norton in "The Honeymooners" He has performed with KC Productions, Smash Productions, Dance Fusion and Broadway Bound Players.

Bill and his wife Martie are the parents of four children, including triplets and an older daughter and have lived in the Villages since 2006. They have a summer home on Conesus Lake in upstate New York.